Time to work smarter with automation

You've done the hard work, now it's time to reap the rewards with the main event.  Marketing Automation.

Your data is uploaded and flowing.  You've created a segment and also a message that is perfectly suited to the audience you've selected.  Now the main event, putting that automation in place.

Access the automation from the menu running down the side of the page - look for the science beaker halfway down the page.

If you want to check or edit an existing automation, simply click on the name of the automation from your list of automations.

Setting up your first automation 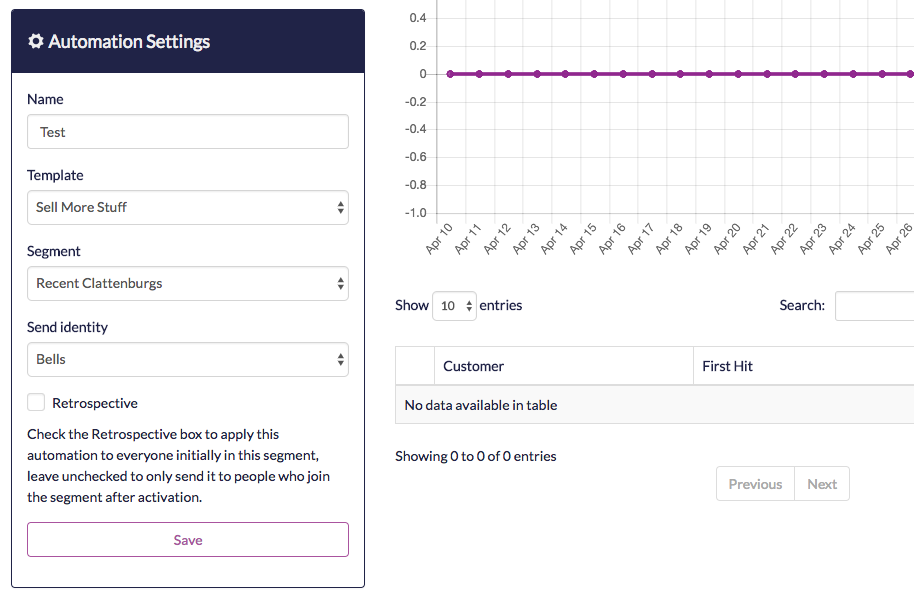 What does retrospective mean?

Your automation is controlled by the behaviour of your audience.  Whenever a new person joins the segment attached to the automation, BOOM!  they'll get that message issued to them.

The default position for automation is either ON or OFF.

However, sometimes you'll want to create promotional automations around a specific promotion, or an event. So you can set a date range for your automation. 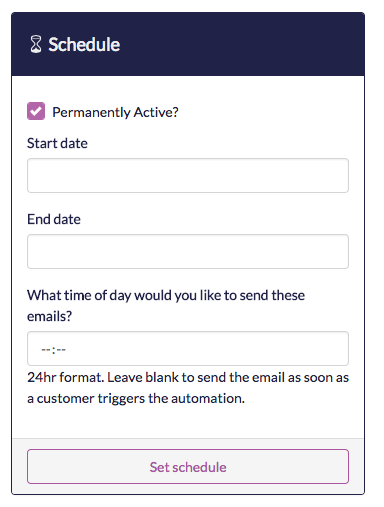 Simply select the 'start date' and 'end date' for when you want your automation to be active and the automation will only be active during the date range you've selected.

Setting the time of sending

When you have a time sensitive segment, such as a retention segment based on '43 days since the last purchase'.  Your automation would become live at 00:01 on day 44, and a message would be issued to those people that have become active within the segment.

You can avoid this by setting a send from time for your automation.  When you set this time, the automation will spring into action and your email marketing message will be issued at the time of your choosing.

Make sure you save the settings you've created, and then when you are ready, hit the [ Activate ] button at the top of the screen and your marketing automation is now alive and 'in-play'

BTW - if you have an existing segment and haven't selected the 'retrospective' option, anyone that is already in that segment will be 'tagged', and will appear in the reporting list.  They will NOT be sent a message as part of the Automation campaign.

Reporting on your Automation Campaign

Once things are flowing, you'll the graph within the screen will update and the list of people that have been included in this automation are listed under the graph. 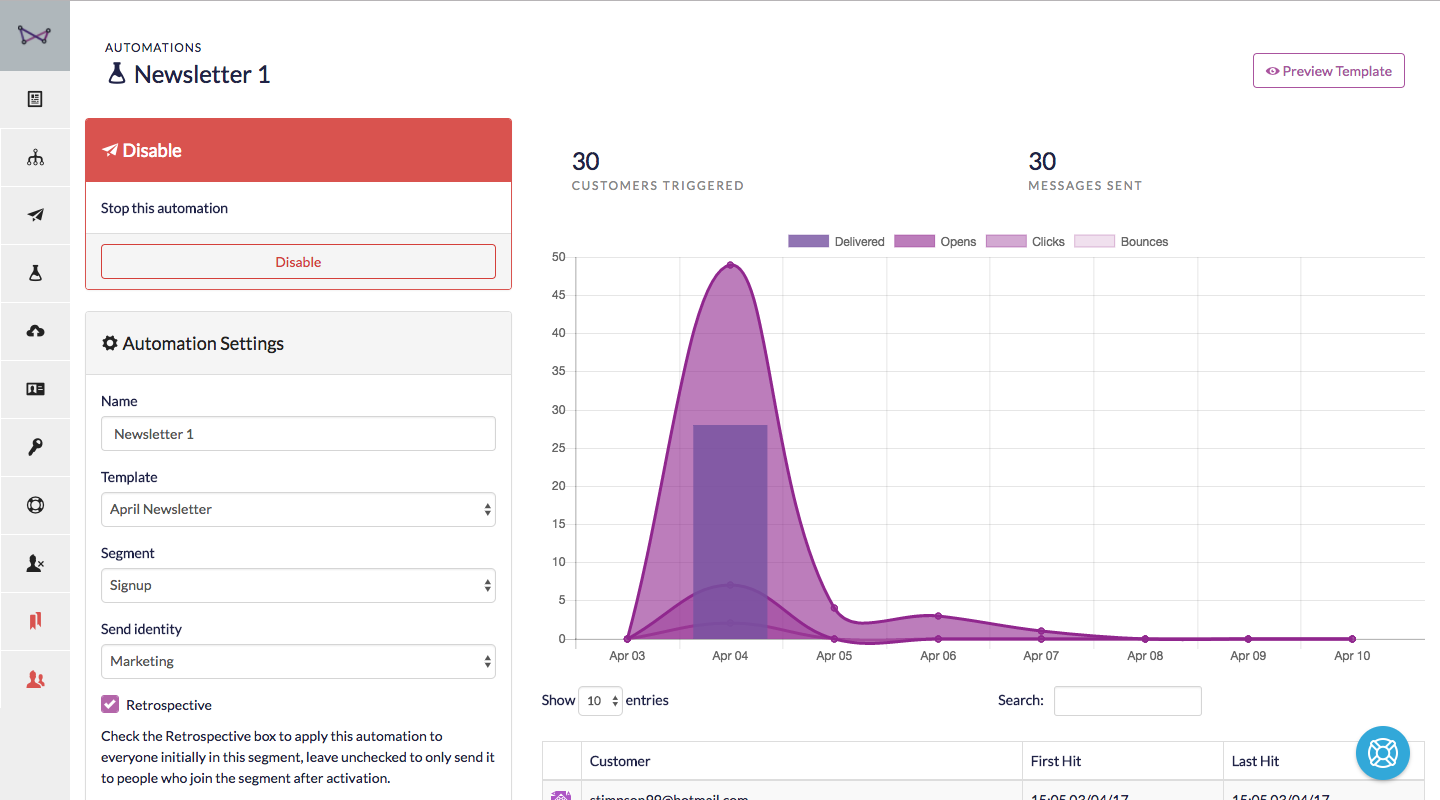 Turning your Automation Off

So simply hit the big [ 'Disable' ] button and the automation will be turned off.

If you want to start the automation again, simply make it active again.